New Year, New Dreams
As I suppose comes with a new semester, I have had dreams about the first day two nights in the year. In these dreams (nightmares?) I remember a few things that I have planned to do on the first day but forget about those big things, like a new seating chart or going over the policies/procedures again (and emphasizing those that REALLY need some work). I have a running to do list that will never get done. Things I want to do before I have to return to work. I return on Monday, but thankfully students do not return until Thursday.

I have been thinking about how to approach teaching the Odyssey. My goals include giving the students a good overview of what the story is and a sense of what the story actually is (that it is an old story, written originally in Greek, translated many many times.) I also want to emphasize how current writers, tv writers, pop culture people use references from The Odyssey. So I collected the first stanza or so of the Odyssey from several versions. About 6 english, one Greek, and one French, just for fun. I want to introduce these all and have students look for similarities and differences in each version before we begin reading. I hope this will really cement the idea that this story wasn't written directly from someone's head into their textbook. If they think that, I will have certainly failed. Otherwise I think it will be going ok.


The Odyssey: Many Versions – all Book I

Sing to me of the man, Muse, the man of twists and turns

driven time and again off course, once he had plundered the hallowed heights of .

Many cities of men he saw and learned their minds,

many pains he suffered, heartsick on the open sea,

fighting to save his life and bring his comrades home.

But he could not save them from disaster, hard as he strove—

the recklessness of their own ways destroyed them all

the blind fools, they devoured the cattle of the Sun

and the Sungod blotted out the day of their return.

Launch out on his story, Muse, daughter of Zeus,

start from where you will—sing for our time too.

"Oh Goddess of Inspiration, help me sing of wily Odysseus, that master of schemes!" So Homer begins his epic, though the hero himself is still offstage. 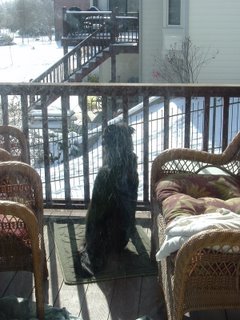 It's that time of year again...
I have one day. One HALF DAY of school left and I can feel myself getting sick. I will do everything in my power to be there tomorrow but I did leave my desk so that a sub could easily administer finals. I am thinking of going to buy a thermometer. I have two students out right now with fever/sore throat or the flu.

Otherwise, giving my first set of finals has gone well. I underestimated how lazy my students are and how poorly they would do on the final unless I spoonfed them. So I am looking at each class individually and curving accordingly.